Get fresh music recommendations delivered to your inbox every Friday.
We've updated our Terms of Use. You can review the changes here.

The Color of Love 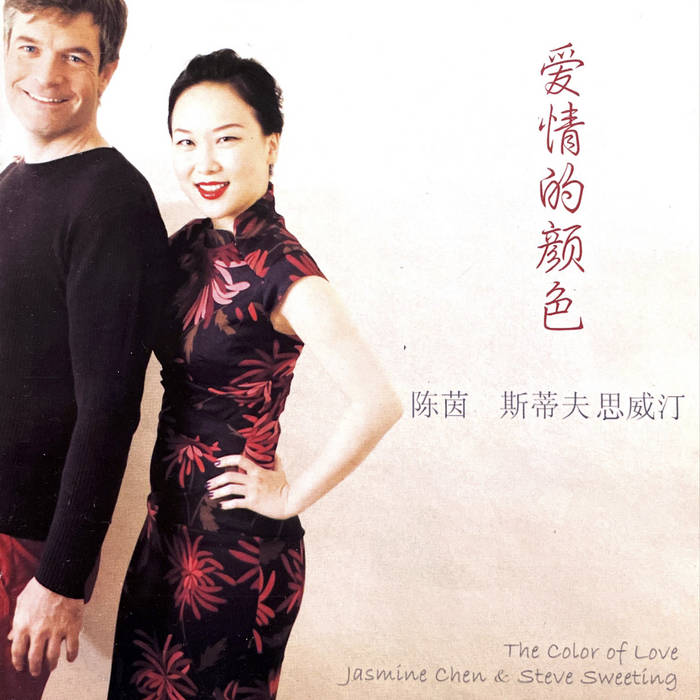 If the US and China are looking for models of fruitful artistic collaboration, they would do well to start with The Color of Love, a smorgasbord of cultural fusion in its richest, most imaginative sense. Chinese singer/lyricist, Jasmine Chen, and American jazz pianist/composer Steve Sweeting team up to offer a smoky slice of New Shanghai. In their debut CD as a duo, they have cooked up a rich assortment of jazz standards (Windows, Take Five, Quizas...) and Brazilian classics (Rosa, Corcovado, Encontros e Despedidas) with Chen's original Chinese lyrics. If that were not enough, they also delve into the well-stocked pantry of traditional Chinese songs and invent fresh takes on delicious folk melodies, both new and old. The crowning spices of this listening feast are two originals (Hopscotch, The Color of Love) the former, a quick contagious tune and the latter, an evocative 12/8 ballad that will place you right into the midnight ambience of the Shanghai House of Blues and Jazz where these two are regulars.

The duo began working together as part of a song series Sweeting began in Shanghai in 2006 with various Chinese singers at twocities art gallery. With a backdrop of local visual art, the concert series attracted many different kinds of listeners: locals who had little exposure to jazz or improvisation, ex-pats with little knowledge of Chinese folk music and some experienced concertgoers of the kind found in big cities like New York, Paris & Tokyo, eager for new combinations and experiences. The Shanghaiist had this to say:

"I’m a big fan of the music Steve and Jasmine have done on this album, which I’ve had the privilege of listening to in pre-release form. All the music on there is fantastic, and it’s a surprise that such simple instrumentation can still create the range of sounds they do on this recording. But also, as much as I dig the album, hearing their live performance of the music is sublime. I think it’s because one can see how the music is affecting everyone else, which makes it affect yourself even more!"

"And of course, every concert I’ve been to at twocities gallery has been great. I would even venture to say it is personally my favorite venue in town to play at, because everyone is there just to hear the music, and it’s not formal and uptight like a concert hall. Nearly every other venue in town that has regular jazz is still mostly about drinking and socializing, with jazz as a sort of background to create an atmosphere. Having the audience’s devoted attention really makes the musicians give extra-special performances."
As Chen began turning out her own lyrics, the pair's work took on a more original direction. When you hear Harbor (Encontros e Despedidas), her lyric is so well crafted, it sounds like Milton Nascimento might have had Mandarin in mind when he penned his original melody. In Rainy Night (Corcovado), Chen's lyrics offer the poignant detail of an intimate winter moment; in My Song (Rosa), the honest, vulnerable optimism of a stage performer. Her winsome voice always works in service of the lyrics and is a perfectly fragile vehicle for the intimate emotions of this collection.
Sweeting's piano sounds like a full passport of influences. He can move from Jobim to Pixiguinha to Desmond to Corea to the mountain melodies of Henan with the confidence of a seasoned musical traveler. He is a truly gifted accompanist who coaxes out the best from both the singer and the song. And his own compositions don't suffer by comparison to the classic melodies around them on this heart-warming CD.

On iTunes:
- Blame Those Gershwins
- The Color of Love
- The Solitary Bird
- Something Jobim


Steve Sweeting is a jazz pianist, composer, and teacher who recently moved back to New York City after living and working in Shanghai for more than seven years. ... more

Bandcamp Daily  your guide to the world of Bandcamp